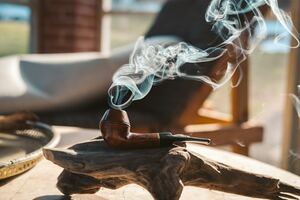 Henrico County, Virginia-based Altria Group, one of the largest producers and marketers of cigarettes, tobacco, and related products, completed a $1.8 billion (C$2.4 billion) investment in Canada’s Cronos Group. This sets the record as the largest investment a tobacco company has ever made within the cannabis industry.

The conclusion of the deal means the American tobacco giant now has a 45% stake in one of Canada’s leading cannabis brands. The agreement also states that within the next four years Altria has the warrant to expand their ownership by 55%. The investment has impacted in the Cronos in different ways including raising Cronos’ board members from 5 to 7. Four of these board members were nominated by Altria. Similar investments in the cannabis industry from outside industries is bound to trend in the coming years as many countries continue to decriminalize the use of cannabis.

At the close of the deal, Altria’s senior director of corporate strategy, Jerry Barbato was given a new appointment as Cronos’ chief financial officer. Industry watchers and analysts have had a mixed reaction concerning the deal. However, the majority believe the deal is mutually beneficial to both companies. President and CEO of Resinco Capital Partners, a global investment firm, Alex Somjen said,

“Cronos is on the brink of profitability and needed capital to take the next quantum leap. Altria is contending with waning demand for traditional cigarette products and needs to invest in the future.”

Today, Cronos is currently trading around $21.50 per share while Altria’s current value rests at about $57.20 per share.