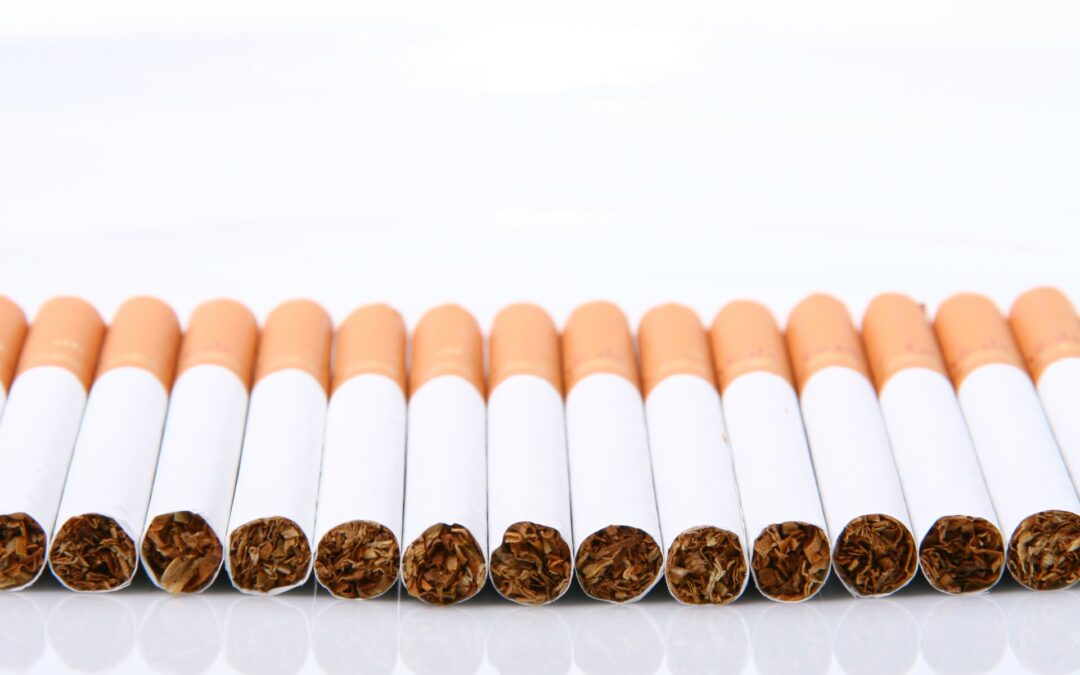 22nd Century Group, Inc. (Nasdaq: XXII), a leading agricultural biotechnology company focused on tobacco harm reduction, reduced nicotine tobacco, and improving health and wellness through modern plant science, announced today that the U.S. Food and Drug Administration (FDA) has authorized the marketing of the Company’s VLN® King and VLN® Menthol King reduced nicotine content cigarettes as modified risk tobacco products (MRTPs). In doing so, the Agency found that VLN® – which smokes, tastes, and smells like a conventional cigarette but contains 95% less nicotine than conventional, highly addictive cigarettes – “help reduce exposure to, and consumption of, nicotine for smokers who use them.”

“Today’s decision to authorize VLN®’s MRTP application places the FDA and 22nd Century together at the vanguard of transforming the tobacco industry. With 60% of adult smokers in our U.S. market research telling us they are likely to try VLN®, this is a complete game-changer for 22nd Century, the tobacco industry, public health, and adult smokers looking to change their relationship with nicotine – the addictive chemical found in all tobacco products. This is the first, and most likely will be the only, combustible cigarette to ever carry the FDA’s MRTP designation. The FDA’s decision to require the additional headline claim ‘Helps You Smoke Less’ alongside our requested headline claim of ‘95% Less Nicotine’ gives adult smokers a crystal-clear reason to replace their conventional and highly addictive cigarettes with VLN®,” said James A. Mish, chief executive officer at 22nd Century Group.

“Our mission is to find ways to stop tobacco-related disease and death. We know that three out of four adult smokers want to quit and the data on these products show they can help addicted adult smokers transition away from highly addictive combusted cigarettes,” said Mitch Zeller, J.D., director of the FDA’s Center for Tobacco Products. “Having options like these products authorized today, which contain less nicotine and are reasonably likely to reduce nicotine dependence, may help adult smokers. If adult smokers were less addicted to combusted cigarettes, they would likely smoke less and may be exposed to fewer harmful chemicals that cause tobacco-related disease and death.”

“Having secured this FDA marketing order, we are fully prepared to launch VLN® with select retail and marketing partners in our pilot markets in the U.S. within the next 90 days and in the first of several global markets by the end of the first quarter of 2022. We are also in discussions with additional retail trade, marketing, and strategic partners to scale VLN® sales in the U.S. and internationally, including through potential licensing of our technology to facilitate the broader industry transition to RNC products. We will provide additional details on strategic partners and the rollout of VLN® in the coming months,” said Mish.

The FDA authorized the marketing of VLN® with the following MRTP claims:

The FDA’s decision to authorize the Company’s MRTP claims and to require the additional claim of “Helps You Smoke Less” on every VLN® pack and in every VLN® advertisement where any of the other authorized claims are also used was based on an extensive body of science consisting of dozens of independent scientific and clinical studies using 22nd Century’s reduced nicotine content (RNC) tobacco cigarettes. These studies, which were funded largely by the FDA, the National Institutes of Health (NIH), and other U.S. federal government agencies, as well as studies funded by 22nd Century, show that smokers who use RNC cigarettes – even those with no intention of quitting at the beginning of the studies – reduce their nicotine exposure and dependence, smoke fewer cigarettes per day, increase their number of smoke-free days, and double their quit attempts – all with minimal or no evidence of nicotine withdrawal symptoms or compensatory smoking.

In its announcement of its decision today, FDA explained, “The data also showed it is reasonably likely that using these products reduces nicotine dependence, which is anticipated to lead to long-term reductions in exposure to the smoking-related toxicants associated with morbidity and mortality by reducing smoking. Published studies have shown that significantly reducing the number of cigarettes smoked per day is associated with lower risk of lung cancer and death, with greater reductions in cigarettes per day resulting in less risk. Additionally, as required for authorization, the FDA found that the applications supported consumer understanding of the claims that VLN® cigarettes contain much lower levels of nicotine than other cigarettes.”

VLN® is also the first and only combustible cigarette to come to market that complies with the FDA’s proposed nicotine cap for conventional cigarettes in its Comprehensive Plan for Tobacco and Nicotine Regulation as well as New Zealand’s recently proposed reduced nicotine content mandate.

“We believe today’s announcement by the FDA is a clear indication that the FDA is moving forward with its Plan to address the incredible harms caused by smoking. This plan includes the authorization of less toxic tobacco products such as e-cigarettes and other non-combustible products along with a nicotine cap of 0.5 mg of nicotine per gram of tobacco in combustible tobacco products. This level of nicotine content, which the FDA has described as being ’minimally or non-addictive,’ has already been achieved by 22nd Century in its VLN® products,” said Mish.

The FDA reiterated in its announcement today that it is “committed to moving forward with the rulemaking process to ban menthol as a characterizing flavor in cigarettes and all characterizing flavors in cigars and remains on track to issue proposed rules in the spring of 2022” and that both VLN® King and VLN® Menthol King cigarettes “could help addicted cigarette smokers reduce their nicotine consumption and the number of cigarettes they smoke per day.”

“As the FDA also looks to ban menthol in highly addictive cigarettes, we fully expect the FDA will allow our VLN® Menthol cigarettes, which offer little appeal for youth and former smokers because of their reduced nicotine content, to be allowed by the FDA to remain on the market to provide an off-ramp for adult smokers of menthol cigarettes,” added Mish.

The FDA’s decision further builds on research projecting that an industry product standard to lower nicotine content in cigarettes to minimally or non-addictive levels would significantly change the trajectory of cigarette addiction, which is the leading cause of preventable disease and death in the U.S. Approximately five million adult smokers would quit within just one year of implementation, more than 33 million people would avoid becoming regular smokers, and more than eight million premature deaths from tobacco could be avoided. With almost half a million Americans dying from smoking and more than $300 billion spent per year on smoking-related diseases, there is a clear and urgent need for substantial change in the tobacco industry.

22nd Century is ready to supply the market with RNC tobacco and finished products such as VLN® to enable both 22nd Century and other manufacturers to comply with the proposed nicotine caps in the U.S., New Zealand and other countries as they embrace this innovative and highly effective approach to tobacco harm reduction first proposed by the WHO in 2015. 22nd Century’s plant-based technology and products are superior to costly extraction and similar de-nicotinization technologies because those technologies typically use chemicals that strip out not just nicotine but also flavor and aroma compounds, resulting in a product that has been found unacceptable to smokers because it delivers no smoking satisfaction. In contrast, 22nd Century’s reduced nicotine tobacco naturally grows with very low levels of nicotine resulting in products that smoke, taste and smell like conventional cigarettes but contain 95% less nicotine than conventional, highly addictive cigarettes. This is critical to creating an acceptable solution and “off-ramp” for current smokers looking to change their relationship with nicotine.

22nd Century remains committed to licensing its technology and products to every manufacturer to enable industry wide compliance with the proposed nicotine caps.

Learn more about VLN® at tryvln.com.

Cautionary Note Regarding Forward-Looking Statements
Except for historical information, all of the statements, expectations, and assumptions contained in this press release are forward-looking statements. Forward-looking statements typically contain terms such as “anticipate,” “believe,” “consider,” “continue,” “could,” “estimate,” “expect,” “explore,” “foresee,” “goal,” “guidance,” “intend,” “likely,” “may,” “plan,” “potential,” “predict,” “preliminary,” “probable,” “project,” “promising,” “seek,” “should,” “will,” “would,” and similar expressions. Actual results might differ materially from those explicit or implicit in forward-looking statements. Important factors that could cause actual results to differ materially are set forth in “Risk Factors” in the Company’s Annual Report on Form 10-K filed on March 11, 2021. All information provided in this release is as of the date hereof, and the Company assumes no obligation to and does not intend to update these forward-looking statements, except as required by law.