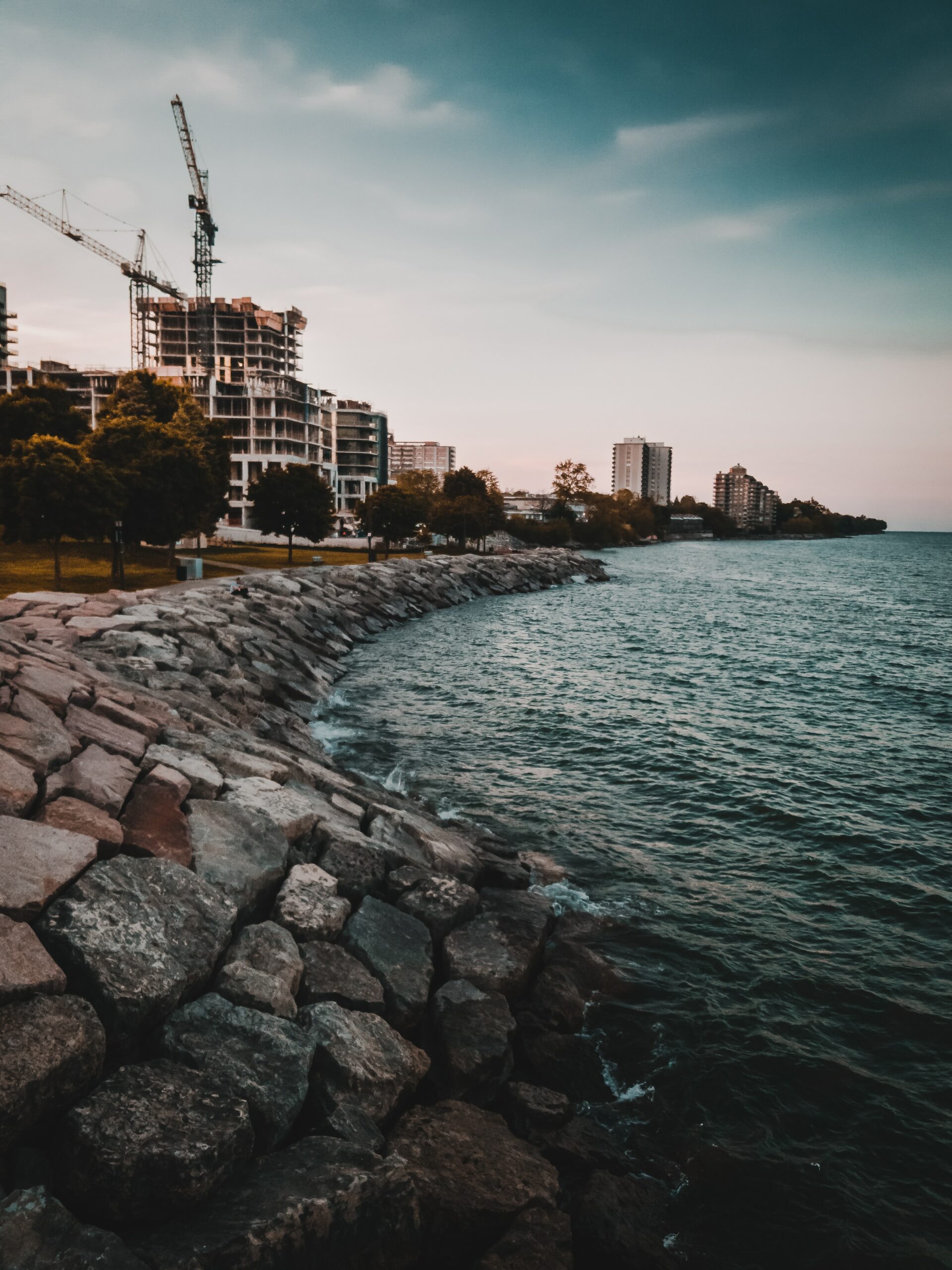 Intends to Distribute Cryptologic and ICC Shares to Wayland Shareholders on Closing; Aggregate Ownership Interest of Wayland Securityholders Expected to be 70% (Cryptologic) and 60% (ICC)

Matthew McLeod Appointed as Wayland CEO Through Closing of Transactions

TORONTO, Aug. 02, 2019 (GLOBE NEWSWIRE) — Wayland Group (CSE:WAYL) (“Wayland” or the “Company”) is pleased to announce that it has signed a non-binding letter of intent relating to the proposed sale its Canadian business, including its Langton, Ontario production facility (the “Facility”), to Cryptologic Corp. for anticipated consideration of 57,500,000 Cryptologic common shares at a deemed issue price of $4.00 per share, which is expected to represent approximately 70% of the issued and outstanding Cryptologic common shares outstanding following closing, and the assumption by Cryptologic of liabilities relating to Wayland’s Canadian business.  This transaction values Wayland’s Canadian business at approximately Cdn$230 million plus assumed liabilities.  It is contemplated that, upon and subject to closing of the proposed transaction, Cryptologic will be a single-purpose cannabis company with a cash balance of at least Cdn$25 million (less amounts to be advanced under the bridge loan discussed below and any other amounts advanced by Cryptologic to Wayland or its affiliates (excluding interest)) available for investment in Wayland’s Canadian business.  Cryptologic has also committed to provide Wayland with a pre-signing $5 million subordinated bridge loan.  Wayland has agreed to a binding exclusivity period until September 15, 2019, or such later date as each of Wayland and Cryptologic mutual agree.

Wayland also announced that it is negotiating a potential evolution in its previously announced transaction with ICC International Cannabis Corp. involving the transfer of Wayland’s remaining interest in its international portfolio of assets to ICC in exchange for additional common shares of ICC.  It is expected that under this proposed transaction, Wayland will effectively distribute the Cryptologic and ICC shares to be received by it to its shareholders upon completion of the transactions.  No definitive agreement has been signed with Cryptologic or ICC at this time and Wayland can provide no assurance that any transaction will occur on the timelines or on the terms anticipated by Wayland or at all.  Wayland does not expect to provide a further update on these transactions until a definitive agreement has been signed or until otherwise required by applicable law.

Paul Pathak, Chair of the Board, commented, “The transactions with Cryptologic and ICC represent the culmination of our strategic review and our careful consideration of a range of factors, opportunities and risks, including the Company’s recent operating performance and that of the industry as a whole and the views expressed by significant shareholders and other stakeholders of the Company. We want to take this opportunity to thank all of our shareholders and stakeholders for their patience throughout this process, we are very happy with the strategy we have going forward and believe it will provide the maximum value available for all involved.

We believe that these transactions provide our shareholders and other stakeholders with exciting opportunities for ongoing exposure to strong businesses that will be geographically focused on the Canadian and international markets, respectively.  Wayland expects that this bifurcation will help unlock the value embedded in Wayland’s worldwide business, which we believe has not been properly valued by the market in Wayland’s current configuration, and that this will benefit Wayland’s existing shareholders and other stakeholders, particularly since Wayland’s shareholders are expected to hold significant majority positions in both Cryptologic and ICC following closing of these transactions.

We are also excited to have Matthew McLeod take on the Chief Executive Officer title following his appointment to the board last month – since joining the Company, Matthew has taken on positions of increasing responsibility that reflect his key role in helping Wayland navigate a difficult period in its development, and he has been instrumental in leading the development and negotiation of these transformative transactions for our Company.  We look forward to his continued strong leadership in this new position.”

Following its detailed consideration of several potential transactions for the Company’s Canadian assets, Wayland has determined that the potential transaction with Cryptologic represented the best available alternative for a range of reasons, including its low level of dilution to Wayland’s shareholders in respect of the Canadian business, the availability of immediate liquidity through the bridge loan and significant future liquidity to address both Wayland’s existing liabilities and the funding to fuel its growth in the future, and the anticipated strong leadership team including Jordan Greenberg, Cryptologic’s current CFO and former CFO of Nuuvera Inc., Matthew McLeod, Wayland’s current Chief Executive Officer, and other key members of Wayland’s management team. It is anticipated that John Kennedy FitzGerald will be resigning as CEO of Cryptologic at closing.

The proposed Cryptologic transaction would result in Cryptologic acquiring assets relating to Wayland’s existing Canadian operations in exchange for 57,500,000 common shares of Cryptologic expected to represent approximately 70% of the issued and outstanding Cryptologic common shares following closing and the assumption of liabilities associated with that business.  It is also expected that, following closing, Cryptologic will be led by a management team including Jordan Greenberg as Chief Executive Officer (currently Chief Financial Officer of Cryptologic) and Matthew McLeod as President of Cryptologic. Mr. Greenberg was the former CFO of Nuuvera Inc., which raised over Cdn$100 million in equity financing then completed several cannabis-related acquisitions, both in Canada and in international markets. Nuuvera Inc. completed its go-public process through the reverse takeover of a publicly traded shell, then achieved a successful exit through a plan of arrangement with Aphria Inc., valued in excess of Cdn$500 million. Mr. McLeod has served as Wayland’s President and latterly Chief Executive Officer of Wayland.  The management team will also include other senior members of the existing management teams of Cryptologic and Wayland. It is proposed that John Kennedy FitzGerald will resign as Chief Executive Officer of Cryptologic at closing.

In connection with the transaction, Cryptologic has agreed to provide a $5 million bridge loan to the Company or one of its subsidiaries prior to signing a definitive agreement in respect of the proposed purchase and sale transaction.  This bridge loan will constitute “Subordinated Debt” under of the Company’s existing secured convertible debenture indenture, unless consent of the debentureholders is obtained pursuant to that indenture.  These funds are expected to be used satisfy certain of Wayland’s existing liabilities and to continue the build out of Wayland’s state-of-the-art EU-GMP certified facility in Langton, Ontario.  Wayland intends to maintain a focus on financial and operational discipline in connection with its ongoing build-out of the Facility.

It is expected that, prior to closing, Cryptologic will sell the business and assets comprising its existing cryptocurrency mining and other operations and that, following closing it will be a single-purpose cannabis company with a  cash balance of not less than Cdn$25 million (less amounts advanced under the bridge loan and any other advances from Cryptologic to Wayland or its affiliates (excluding interest)) available for investment in the Canadian business and the Facility. Going forward, it is expected that the Facility will be the cornerstone of Cryptologic’s business and this would allow Cryptologic to effectively supply the Canadian recreational and medical cannabis markets, and using the Facility’s EU-GMP certification, the international cannabis markets.

The proposed transaction with Cryptologic remains subject to a number of conditions, including, without limitation, the completion of satisfactory due diligence by Cryptologic and Wayland, the negotiation and entering into of a satisfactory definitive agreement and transaction structure, receipt of applicable securityholder approvals by Cryptologic and Wayland in accordance with applicable securities laws and stock exchange rules and securityholder documents to which they are party, together with any other applicable third party and regulatory consents and approvals, the completion of the sale by Cryptologic of its existing businesses and the availability of the minimum Cdn$25 million cash balance, the potential completion of a reorganization of Wayland’s Canadian business, the receipt by each of Wayland and Cryptologic of a fairness opinion from their respective financial advisors, and other customary conditions to closing a transaction of this nature.

Update on Management and Board of Directors

Wayland also announced today that it has appointed NVS Chartered Accountants (“NVS”) as auditors of the Company and that MNP LLP (“MNP”) had resigned as auditors with the Company’s assent, both effective today.

Wayland and NVS will work diligently to complete the Company’s 2018 audited annual financial statements and related materials and to make the necessary filings with securities regulators as quickly as possible.  Wayland also intends to file its interim financial statements for the quarter ended March 31, 2019, the related management’s discussion and analysis and certificates of its CEO and CFO concurrently with its filing of the 2018 audited annual financial statements, and to make any necessary application to have the failure-to-file cease trade order issued on May 6, 2019 lifted at the relevant time.

In accordance with National Instrument 51-102 (“NI 51-102”), the Company sent a Change of Auditor Notice to each of NVS and MNP on August 2, 2019 and on that same day received copies of the letters from NVS and MNP, respectively, addressed to the Ontario Securities Commission as required by NI 51-102.  A copy of the Change of Auditor Notice together with a copy of these letters have now been filed under the Company’s profile on SEDAR and delivered to each of NVS and MNP, all in compliance with NI 51-102.

Wayland is a vertically integrated cultivator and processor of cannabis. The Company was founded in 2013 and is based in Oakville, Ontario, Canada and Munich, Germany, with production facilities in Langton, Ontario where it operates a cannabis cultivation, extraction, formulation, and distribution business under federal licenses from the Government of Canada. The Company also has production operations in Dresden, Saxony, Germany, Regensdorf, Switzerland and, Allesandria, Piedmont, Italy. Wayland will continue to pursue new opportunities globally, including in Argentina and Colombia, in its effort to enhance lives through cannabis.

The Canadian Securities Exchange has not reviewed, approved or disapproved the content of this news release

For more information about Wayland, please visit our website at www.waylandgroup.com