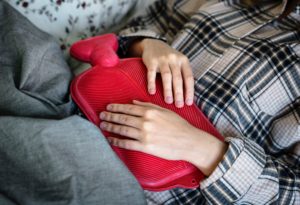 Los Angeles-based cannabinoid (CBD) biotech Vitality Biopharma, Inc. (OTCQB: VBIO) continues its work to develop cannabinoid drugs that can treat serious, sometimes fatal, neurological and inflammatory disorders of the gastrointestinal tract.
Antibiotic-associated diarrhea and colitis have climbed since the 1980’s. The CDC estimates over 2 million illnesses annually due to antibiotic resistance. Many infections are attributed to C. difficile, a pathogen that colonizes the gastrointestinal tract. C. difficile infections cause diarrhea and colitis and contributed to 29,000 deaths in the U.S. in 2015, primarily in elderly populations.
Vitality’s novel cannabinoid platform is to bind cannabinoids to glucose (glycosylation), thus creating a new class of cannabinoids called cannabosides, of which VBX-100 is one. By binding cannabinoids to glucose, they remain inert until released in the gastrointestinal tract, where they are not absorbed into the greater system and brain, and thus do their work in the GI area without causing psycho-activity. This allows Vitality to use THC (the psychoactive cannabinoid) for medicinal purposes without psychoactivity.
This is how VBX-100 is targeted to work in the GI tract. In addition to avoiding psychoactivity, it also avoids the adverse effects of current immunosuppressants.
Vitality has filed for intellectual property protection on more than 100 different glycoside prodrugs, including VBX-100. “VBX-100 is our lead program,” said Robert Brooke, Vitality’s CEO.
Dr. Brandon Zipp, Vitality’s Director of R&D, said that “Our studies show cannabinoids may be useful for both addressing the inflammatory state of the colon, as well as confronting the microbial dysbiosis at the root of the problem. This represents a new possible mechanism for cannabinoids, yet is very much in-line with the current scientific understanding that cannabinoids can play a prominent role in promoting intestinal homeostasis and long-term healing.”
For more information about Vitality, visit: www.vitality.bio or follow it on Facebook, Twitter and LinkedIn.
Want to learn more? Sign up for Cannin Free Access and subscribe to the Cannin Chronicle. We’ll keep you informed on all things cannabis and even help you determine which cannabis companies have the highest growth potential.
Source Vitality press release
Vitality Biopharma Pursues CBD Drug Treating Severe GI Issues