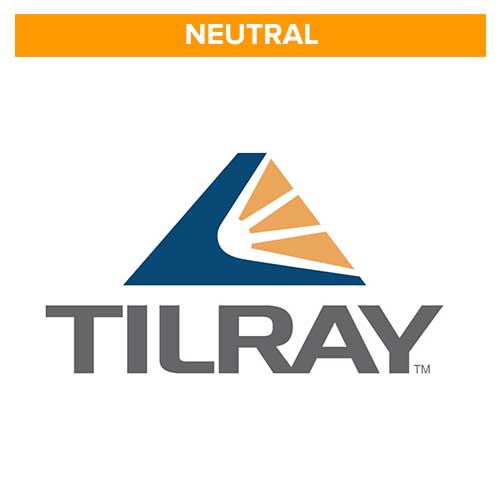 Integration/Diversification: Neutral
Vertically integrated: Yes, cultivation and distribution (not sure how much direct sales)
Horizontally diversified: Not much. Most focus is on cultivation. Some medical R&D,

Tilray signed an agreement with Sandoz Canada, a division of Novartis, to create and sell co-branded and co-developed non-combustible medical cannabis products.

Financings: Strong
The company completed its IPO in July selling 10.3 million shares of Class 2 Common Stock to the public for $17.00 per share. Just a month later, the stock now trades at US$62, a 360% rise. Tilray netted US$163.6 million on the IPO. Proceeds will go to build out cultivation capacity, repay debt, and for future acquisitions and working capital.

Prior to the IPO, it raised US$55 million of Series A funding from institutional investors.

Risks:
All cannabis stocks present risks due to the relative newness of the company and market. The company is not yet producing real profits, only revenue. It remains to be seen whether Tilray will succeed in the competitive market to emerge as one of the successful cannabis companies in the coming year or two.