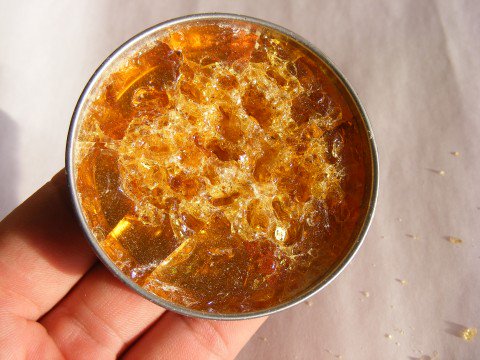 The process of making cannabis concentrates can be very expensive, and in certain cases very dangerous if not done properly. Most modern extraction methods require a great deal of expertise, and a substantial investment in equipment. An industrial size closed loop carbon dioxide supercritical fluid extraction rig can run into the hundreds of thousands of dollars, while even more modest home use CO2, butane, or alcohol extractors will generally cost a few hundred to a few thousand. And if you read the news, you’ve surely seen stories about DIY butane or propane extraction attempts gone tragically wrong. So it might come as a surprise that one of the most cutting edge and popular forms of cannabis extract can be made easily, safely, and cheaply by just about anyone.

Rosin is a type of concentrate that is made with a process using heat and pressure to squeeze cannabinoids and terpenes directly from plant material, kief, or hash. If done correctly utilizing high-quality source material, the process will yield a light golden or amber colored translucent extract similar to shatter. Depending on the specific techniques and tools used, rosin can result in a concentrate of comparable quality to high grade hydrocarbon or CO2 solvent based extracts, but with one important difference: there are never any solvents or any other additional chemicals used in the process.

There is endless debate within the cannabis industry over the use of hydrocarbon (butane, propane) solvents for extraction. Modern cleaning and purging techniques are capable of removing all but the tiniest traces of solvents from the finished extract product, often yielding results with just a few parts per billion. For this reason plenty of customers are completely comfortable with solvent based extracts, arguing that these trace amounts are negligible to the point of being irrelevant. But others insist that even trace amounts of residual solvents may be too much, or argue that not all extract companies hold to the same high quality standards when it comes to proper purging. So there is a persistent strong demand for extracts that have never been touched by any solvent.

Before the advent of rosin, options for solventless concentrates were limited to kief, bubble hash, and old-school pressed hashish. These older styles of concentrate generally don’t match up to more modern types such as BHO or CO2 shatter, lacking the potency and visual appeal. And with the rising popularity of dabbing and other forms of vaporization, older types of solventless extract became less appealing because they are generally difficult or impossible to use in dab rigs. The explosion of rosin’s popularity makes perfect sense, because it’s very similar to solvent based shatter in that it can be dabbed, and it has comparable visual appeal and potency, yet it’s made entirely without solvents.

The process of making rosin is surprisingly simple, and in its most basic form can be done using simple tools most people will already have at home. A hair straightener iron, some parchment paper, heat resistant gloves, and a scraping tool are all that are needed for basic at home rosin making. Of course more advanced and larger scale methods have been developed, and now there are many dedicated rosin pressing products on the market aimed at commercial scale production. The amount of pressure applied while pressing rosin is related to the amount of heat required – greater pressures allow lower temperatures, which can be beneficial for preserving the terpene content of the original material. For this reason, commercial rosin production often involves large presses that utilize pneumatic or hydraulic systems to apply incredibly large amounts of pressure with very little heat.

While rosin may seem like a surprisingly low-tech style of cannabis concentrate when compared to distillate or full spectrum extracts, it has nevertheless carved out a significant chunk of the extracts market. As more and more consumers look to all-natural and organic products in their food and healthcare shopping, it stands to reason many will seek the same in their cannabis products. It’s likely the demand for solventless extracts will continue to grow, and rosin represents the most potent and appealing type currently on the market.