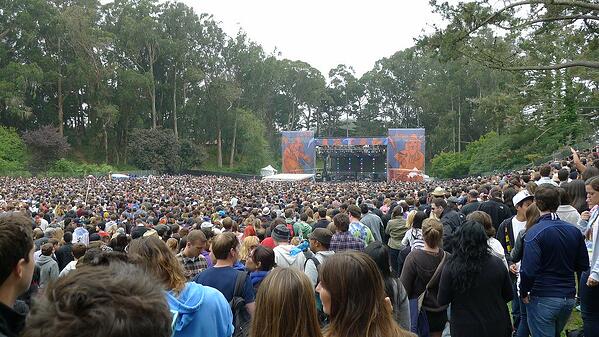 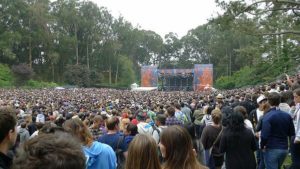 San Francisco just issued its first ever temporary cannabis sales permit to Outside Lands before the festival begins on August 9th in Golden Gate Park. The city’s official office in charge of the temporary cannabis sales permit, the San Francisco Office of Cannabis, issued the permit on Wednesday. Adults who are over the age of 21 will be able to purchase legal cannabis in a specific area of Outside Lands named “Grass Lands”. Grass Lands was available for the first time last year, but only offered adults the ability to smell botanical terpenes and the option to taste edibles that do not contain any tetrahydrocannabinol (THC) or cannabidiol (CBD).

This year at Grass Lands, adults will be able to purchase up to 7 grams of dried cannabis flower and 2 grams of cannabis concentrates in vape oil or edible form. It is reported that 12 different cannabis companies will be present this year in Outside Lands’ Grass Land section.

Jason Guillory, Marketing director of NUG, a vendor present at this year’s Grass Lands, stated: “Our mission is to normalize the industry, so having an activation at a major U.S. festival, and the first of its kind to allow cannabis sales and consumption — is an enormous breakthrough. It’s an awesome opportunity to display the creativity, innovation and actual production that goes into cannabis.”

Kristi Knoblich Palmer, founder of Kiva Confections, a cannabis company at Grass Lands, stated: “Allowing public consumption at Outside Lands brings the plant and its users out of the shadows and shows that cannabis can be elevated, sophisticated, and normalized. So many people we met last year were new to both Kiva and cannabis, so we’re excited that they get to actually experience the products this year.”