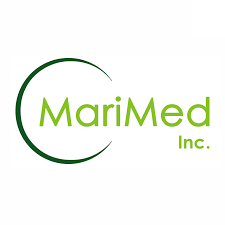 Nabis recently announced they’ve raised another $4 million in their second round of financing which officially closed in March 2019. This raises their total to over $5.25 million following their initial raise of $1.25 million from Silicon Valley investors.

The type 11 Cannabis Distributor says this capital will be used to expands its business both in California and out of state. The additional investment will help the company in ramping up its supply chain and build a fully-renovated 10,000 square ft. distribution facility in Los Angeles. The new distribution hub is expected to decrease turnaround times decreasing costs and improving efficiency.

The new distribution hub will help Nabis streamline operations and support growing demand in Southern California. Nabis relies heavily on tech and operates its own cannabis-compliant software system for its distribution logistics. They plan to add to its capability through additional investments in software capability.

Vince Ning, CEO of Nabis said that, “Nabis’ latest round of funding will allow us to significantly scale up our infrastructure and software product to continue dominating the industry in California. We’ve become a top-tier distributor with a statewide network in just over one year of operations and we want to continue bolstering our service level by making it even easier for brands to enter the retail market.”

Nabis currently distributes to over 90% of retailers in California and maintains partnerships with over 40 brands. It has shipped tens of millions of dollars’ worth of products to date.