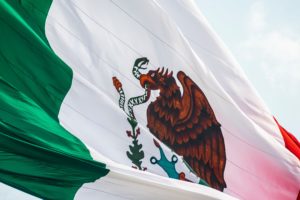 A company that would benefit tremendously from Mexico’s recreational cannabis legalization is Aurora Cannabis. The company announced last year on December 10th that it has entered into an agreement to acquire all of the outstanding shares of Farmacias Magistrales S.A., Mexico’s first federally licensed importer of raw materials that contain tetrahydrocannabinol (THC). Aurora Cannabis announced the acquisition agreement shortly after the two corporations entered into a supply agreement.

Terry Booth, Chief Executive Officer of Aurora Cannabis, stated: “This transaction positions Aurora with exclusive access to supply THC-containing medical cannabis to a large market of more than 130 million people, while also enabling us to capture the full margin of the medical cannabis we sell there. Farmacias has a large distribution network of both retail outlets and pharmacies, which will enable us to quickly scale up our operations across Mexico. Integrating Farmacias with our operations in Canada and Latin America will not only accelerate growth, it will build substantial long-term shareholder value.”

The distribution network of Farmacias contains 500 pharmacies and hospitals and an estimated 80,000 locations for retail sale of cannabidiol (CBD) products.