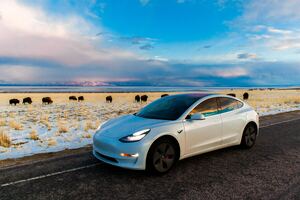 Jason Harris, legal medical cannabis patient, father, and devout member of the Church of Jesus Christ of Latter-day Saints, had medical cannabis charges dropped after he was pulled over for speeding in Utah.

An officer placed Harris under arrest after the odor of cannabis was noticed. The officer who made the arrest found that Harris was guilty of possession of medical cannabis that was, in the eyes of the law, “improperly packaged”. Harris uses medical cannabis, like many others, to find relief from suffering caused by one or more illnesses or diseases that cause chronic pain. In particular, Harris suffers from many different ailments that are a symptom of a cystic tumor located in Harris’ brain.

“The colitis came back and the migraines soon followed from my cystic tumor in my head. I was unable to function at work and it just got worse,” said Harris.

The prosecutor for Harris’ case would later decide to drop the medical cannabis charges against him. The decision to drop the charge most likely came from the fact of great unlikeness that a jury would convict Harris for improper storage of medical cannabis while he has an entirely valid medical condition that granted him the use of cannabis in the first place.