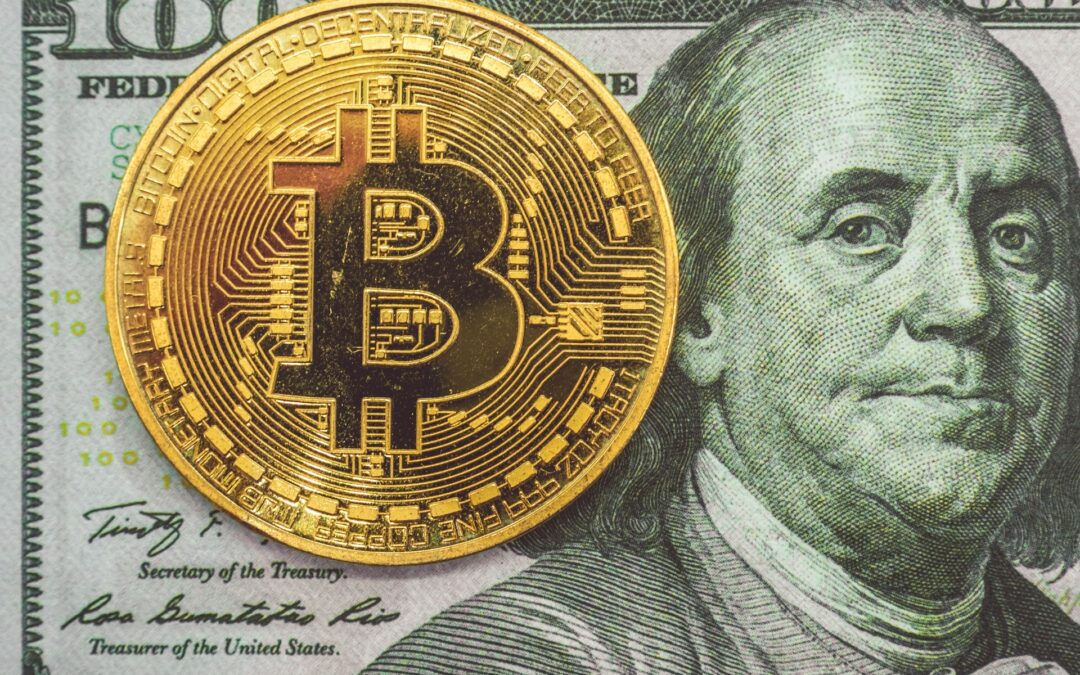 HIVE Blockchain Technologies Ltd. (TSXV: HIVE) (Nasdaq: HIVE) (FSE: HBF) (the “Company” or “HIVE”) is pleased to announce a record earnings report for the second quarter ended September 30, 2021 (all amounts in US dollars, unless otherwise indicated).

Related: Should You Buy Ethereum?

Frank Holmes, HIVE’s Executive Chairman, stated “We wish to thank our loyal shareholders for believing in our vision to mine both Ethereum and Bitcoin to generate robust cash flow returns on invested capital and believe this report validates the significant contribution to our strategy to mine both BTC and ETH and HODL as many coins as possible.”

For the three months ended September 30, 2021, revenue from digital currency mining was $52.6 million, an increase of approximately 305% from the prior year primarily due to an increase in cryptocurrency prices, the increased production of Bitcoin as a result of the Quebec and Atlantic facility acquisition and the purchase of miners for those facilities.

Net income during the quarter ended September 30, 2021, was $59.8 million, or $0.16 per share, compared to $9.2 million, or $0.03 per share, the same period last year. The improvement was driven primarily by the improvement in gross mining margin1, higher Ethereum and Bitcoin prices, gains on the sale of digital currencies, and foreign exchange. 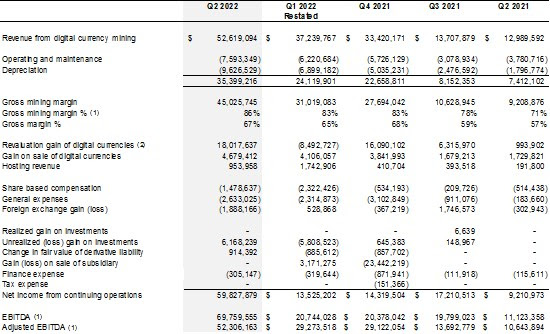 (1) Non-IFRS measure. A reconciliation to its nearest IFRS measures is provided under “Reconciliations of Non-IFRS Financial Performance Measures” in the Company’s MD&A.

(2) Revaluation is calculated as the change in value (gain or loss) on the coin inventory. When coins are sold, the net difference between the proceeds and the carrying value of the digital currency (including the revaluation), is recorded as a gain (loss) on the sale of digital currencies

The Company’s Consolidated Financial Statements and Management’s Discussion and Analysis (MD&A) thereon for the three and six months ended September 30, 2021 will be accessible on SEDAR at www.sedar.com under HIVE’s profile and on the Company’s website at www.HIVEblockchain.com.

The Company is nearing completion of two additional data centres at its New Brunswick, Canada campus. Construction began on this site in July 2021 and has progressed largely on schedule, despite supply chain delays. The first of the two new data centers is expected to be commissioned by mid-December 2021, and the second in March 2022.

During the second fiscal quarter, HIVE invested heavily in new Bitcoin miners to fill up these new data centres. At quarter-end, the company had more than 16,000 new BTC miners on order. And since then, the Company has announced a C$100 million capital raise to invest in new Bitcoin mining equipment.

Frank Holmes, HIVE Executive Chairman, stated, “I’m pleased to see our infrastructure investments of the past few years really paying off. We feel like HIVE is in a fantastic spot to benefit from the current boom in crypto adoption.” 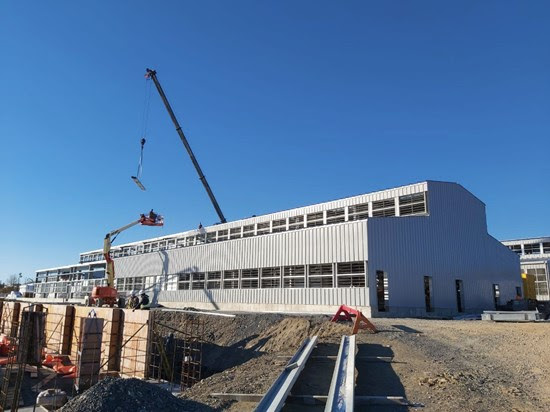 “HIVE has been very proud to support the Ethereum ecosystem through investments with strategic partners in DeFi Technologies, Network Media Group, and Tokens.com.” said Mr. Holmes.

HIVE Blockchain Technologies Ltd. went public in 2017 as the first cryptocurrency mining company with a green energy and ESG strategy.

HIVE is a growth-oriented technology stock in the emergent blockchain industry. As a company whose shares trade on a major stock exchange, we are building a bridge between the digital currency and blockchain sector and traditional capital markets. HIVE owns state-of-the-art, green energy-powered data centre facilities in Canada, Sweden, and Iceland, where we source only green energy to mine on the cloud and HODL both Ethereum and Bitcoin. Since the beginning of 2021, HIVE has held in secure storage the majority of its ETH and BTC coin mining rewards. Our shares provide investors with exposure to the operating margins of digital currency mining, as well as a portfolio of cryptocurrencies such as ETH and BTC. Because HIVE also owns hard assets such as data centers and advanced multi-use servers, we believe our shares offer investors an attractive way to gain exposure to the cryptocurrency space. HIVE traded over 2 billion shares in 2020.

Except for the statements of historical fact, this news release contains “forward-looking information” within the meaning of the applicable Canadian securities legislation that is based on expectations, estimates and projections as at the date of this news release. “Forward-looking information” in this news release includes information about restructuring of the Company’s operations and sustainable future profitability; potential further improvements to the profitability and efficiency across mining operations by optimizing cryptocurrency mining output, continuing to lower direct mining operations cost structure, and maximizing existing electrical and infrastructure capacity including with new mining equipment in existing facilities; continued adoption of Ethereum and Bitcoin globally; the potential for the Company’s long term growth; the business goals and objectives of the Company, and other forward-looking information includes but is not limited to information concerning the intentions, plans and future actions of the parties to the transactions described herein and the terms thereon.

This news release also contains “financial outlook” in the form of gross mining margins, which is intended to provide additional information only and may not be an appropriate or accurate prediction of future performance and should not be used as such. The gross mining margins disclosed in this news release are based on the assumptions disclosed in this news release and the Company’s Management Discussion and Analysis for the fiscal year ended March 31, 2021, which assumptions are based upon management’s best estimates but are inherently speculative and there is no guarantee that such assumptions and estimates will prove to be correct.

About Cannin: Your Cryptocurrency Resource

Cannin is your #1 trusted resource for crypto. Our global team of experts evaluates all emerging crypto investing opportunities. We aggregate hundreds of hours of financial research and provide tips on the best crypto investments for 2021.

Profit from the best cryptocurrencies – we’ll show you how at cannin.com.