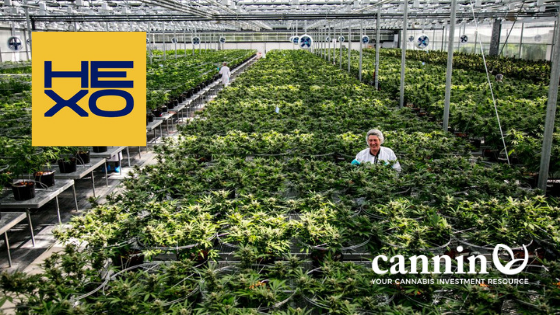 This massive improvement was due to recreational marijuana sales in Canada and a 39% increase in cannabis production.

“This quarter not only saw an exponential increase in gross revenue and production, but also saw us continue to execute on our promises including reaching a construction and licensing milestone on our 1,000,000 sq. ft. greenhouse expansion and listing on the NYSE-A. Just yesterday, we announced an agreement to acquire Newstrike Brands Limited. HEXO’s future is very promising, I am looking forward to continually driving shareholder value and achieving milestones with our team.” HEXO Corp CEO and co-founder, Sebastien St-Louis.

What this means to you

The company is poised to position itself as one of the top producers in Canada with its new 1 million square foot facility that can address rising demands in its core market in Quebec and other markets across Canada.

With its purchase of Newstrike Brands which increases its production capacity by 150,000 kgs per year and in-roads to 8 provinces, HEXO is in a strong position to improve its production output and market base. This also comes at a time when the company is actively searching for new markets in Europe which is projected to increase demands for medical marijuana and related products.

With recent disappointing news from Canada’s leading producers, HEXO is one of the few who have managed to ride the storm. With its recent announcements, HEXO is certainly one company you should look out for.

Large-scale greenhouse production (lower cost than indoor production) of cannabis in Quebec, where they achieve lower costs from abundant renewable electricity at competitive rates (lower than Ontario), abundant water and skilled people. Additionally, they buy cannabis from global sources, and incorporate these into their brands. Its proximity to large populations in Montreal, Ontario and the rest of Quebec and Ontario is advantageous. Current planned expansions up to 100,000 kgs are fully funded. “We expect to allocate the majority of our capital now to distribution, downstream activities, intellectual property and branding.” They only work in countries where cannabis is federally legal (not USA).