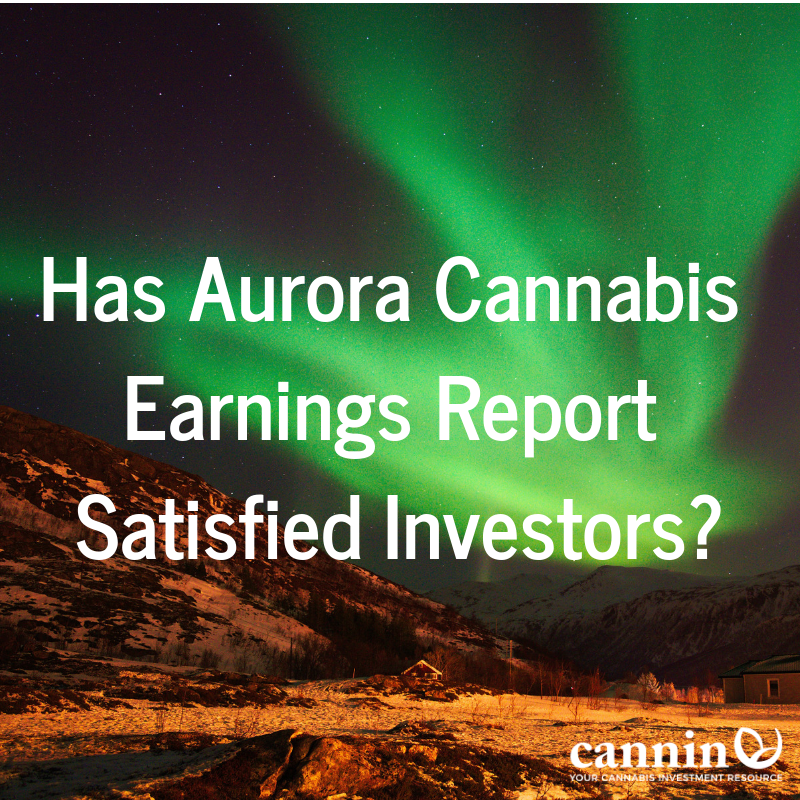 . (NYSE: ACB) announced its earnings report this week which triggered an immediate increase in value. The value of ACB shares increased to an intra-day peak of 2.65% and closed to a 1.65% gain.

Well, the company beat earnings estimates with C$54 million, or $40.78 million USD. The most important distinction from the C$54 million is that it translated to a 20% slice of the entire Canadian cannabis market for the quarter.

Within Aurora’s earnings call it was revealed that the company faced a few temporary hurdles that increased costs for production and, in turn, decreased the profitability of the quarter. The CEO of Aurora, Terry Booth, attested to these difficulties and stressed that the next quarter will not have the same setbacks. Temporary setbacks that Aurora faced this quarter included an increase in packaging costs that will be remedied with an increase in output volume. An additional setback was a shift of workers from one of Aurora’s facilities to another in order to help speed production.

Aurora also announced this week that the company’s facility, Aurora Polaris, has progressed well with its construction. The facility is scheduled to be completed towards the end of this year. Aurora Polaris is a 300,000 sq. ft. facility that is an expansion of the company’s Edmonton International Airport location and is located right by the Aurora Sky facility.

Terry Booth, CEO of Aurora Cannabis, states: “The derivative product capabilities to be established at Polaris, which we are designing to be EU GMP compliant, further strengthen our position as the leading innovator in the cannabis industry, and are squarely aimed at driving growth and margin expansion.”