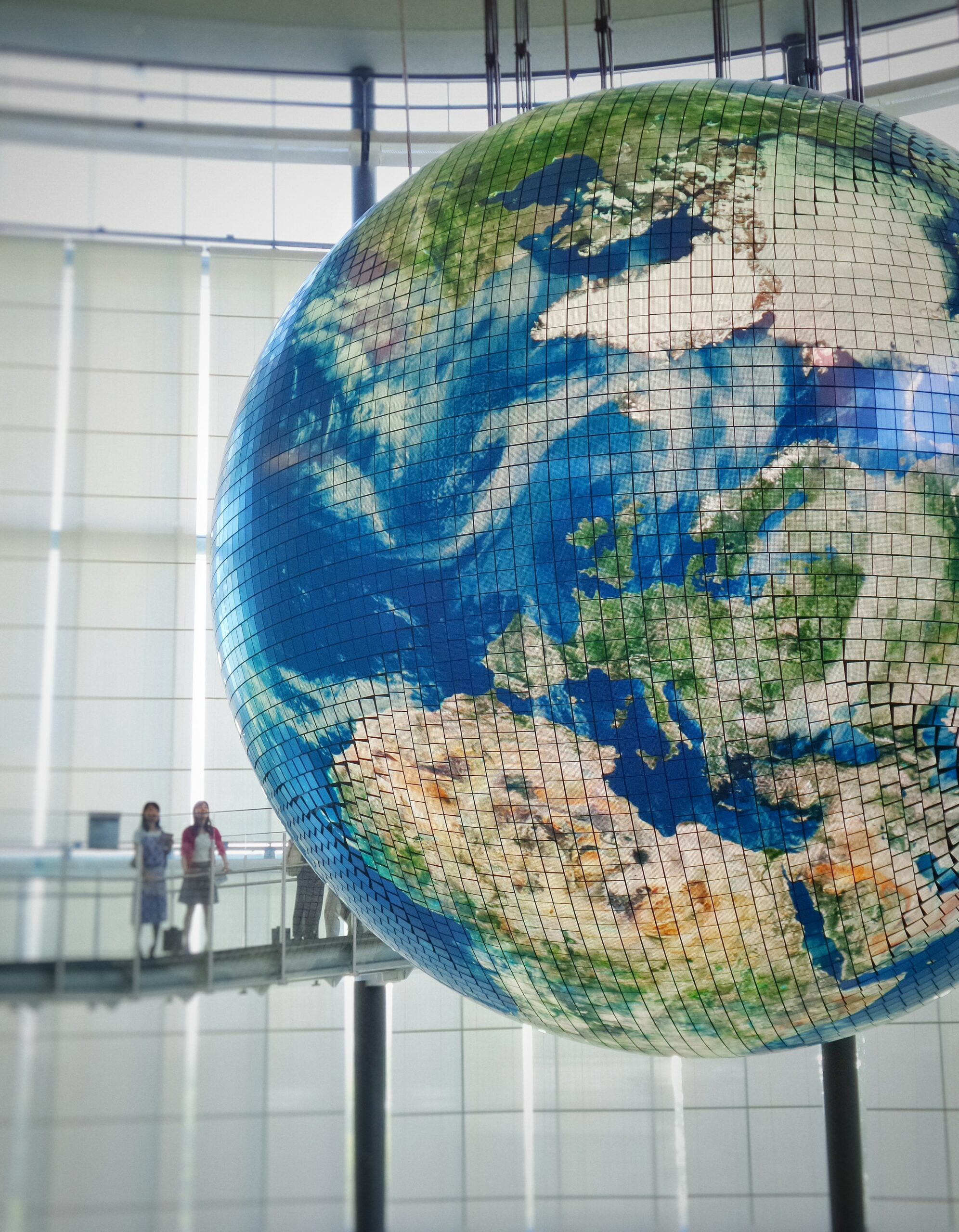 PALM BEACH, Florida, Aug. 20, 2019 /PRNewswire/ — The global cannabis markets have been experiencing a rapid growth rate in the last few years and they are projected to rise even faster and further in the coming years. Sometimes, though, it’s hard to get the experts agree to the numbers. But they do all agree that revenues will continue to rise. For example, a report from Green Entrepreneur forecasts $40 billion sales in the global cannabis markets by 2024. Another report from Grandview Research projected that the global legal marijuana market size is expected to reach $66.3 billion by the end of 2025, according to a new report by Grand View Research, Inc. It is anticipated to expand at a CAGR of 23.9% during the forecast period. Increasing legalization and use of marijuana in medical as well as recreational applications is expected to promote the growth… and yet another report from Mordor Intelligence stated that the cannabis market was valued at USD $14.5 billion in 2018, and it is projected to reach $89.1 billion by 2024, with a CAGR of 37%.  Active Companies from around the market this week include:  Player’s Network, Inc. (OTC: PNTV), Aurora Cannabis Inc. (NYSE: ACB) (TSX: ACB), Canopy Growth Corporation (NYSE: CGC) (TSX: WEED), The Supreme Cannabis Company Inc. (OTCQX: SPRWF) (TSX: FIRE), Isodiol International Inc. (OTCQB: ISOLF) (CSE: ISOL).

Green Entrepreneur continued saying: “The U.S. remains to be the leader in terms of cannabis market size. The U.S. cannabinoid market is expected to soar, helped by a number of developments, such as the legalization of hemp via the 2018 Farm Bill. The ‘State of Legal Cannabis Markets’ report estimates that the total cannabinoid market in the U.S. — which includes hemp-derived CBD — will reach $44.8 billion by 2024. The largest share of this market will be allocated to dispensaries that should be present in all states and U.S. territories by that time, BDS and Arcview said. It is followed in size by sales of CBD in both retail brick-and-mortar and online settings.”

Player’s Network, Inc. (OTCQB: PNTV) BREAKING NEWS: GLFI, Inc., doing business as Green Leaf Farms International a privately held company that is a majority owned subsidiary of Players Network, Inc. (OTCPK: PNTV), which has been established to finance and manage international cannabis operations in Jujuy Argentina, has announced today that it will be conducting an initial first round capital offering of up to $4,200,000 in a private offering.

Previously announced, PNTV signed a Management Agreement with GLFI to operate, fund and expand International markets starting with 400 acres of prime farmland in Jujuy Argentina.  PNTV filed a Form 8-K on August 6, 2019, which the reader is referred to, with the details of the Management Agreement between PNTV and GLFI.

GLFI was structured to not hold any US assets and by doing so is expected to provide two main benefits to PNTV shareholders. The first benefit of the structure will eliminate the restrictions that federally regulated institutional funding sources have on investing directly in US public cannabis companies, and secondly, by not holding US cannabis assets, the company will not be restricted from uplisting to a national exchange, like the Nasdaq Capital Market, once the Company meets the eligibility requirements to do so.  (The Company has already reserved the symbol “GLFI” with Nasdaq, preparing the Company’s first step of many to be eligible to list on a national exchange.)

The project in Jujuy, Argentina is the first of its kind and the only known partnership between a government and a private company to develop the cannabis industry. As mentioned above, a Form 8-K by PNTV was filed detailing the management agreement between PNTV and GLFI on the Jujuy project that is well underway and has already hit major milestones in the construction of its 20 greenhouse campus spanning 6 football fields, and its cultivation progress in Argentina that is expected, barring countervailing circumstances or a lack of capital, to harvest its first crop and have sales within 6 months.

Mark Bradley CEO of GLFI States; “Canadian cannabis companies such as Canopy Growth, Aurora Cannabis and Supreme Cannabis, to name a few, trade on US-listed national exchanges at market caps in the billions, and are able to be listed because they do not have any US cannabis holdings, which allows them to attract institutional investors who are prohibited from investing in US companies due to federal restrictions.”

Bradley adds, “By positioning GLFI as an international management company with no US assets, our future plans are to be listed on a national exchange that should allow the same access to capital of these other companies, and give GLFI the ability to leverage its international opportunities structured to produce substantial revenues to qualify for a national exchange, which we believe will greatly benefit of our shareholders.

In the industry developments and happenings in the market this week include:

Canopy Growth Corporation (NYSE: CGC) (TSX: WEED) last week announced its financial results for the first quarter ended June 30, 2019. All financial information in the press release is reported in Canadian dollars, unless otherwise indicated. This press release is intended to be read in conjunction with the Company’s Condensed Interim Consolidated Financial Statements and Management Discussion & Analysis for the three months ended June 30, 2019, which and will be filed on SEDAR (www.sedar.com) and will be available at www.canopygrowth.com.  Read the full release at:  https://finance.yahoo.com/news/canopy-growth-drives-revenue-94-210100355.html

Aurora Cannabis Inc. (NYSE: ACB) (TSX: ACB), the Canadian company defining the future of cannabis worldwide, this week announced the completion of the previously announced plan of arrangement (the “Arrangement”) with Hempco Food and Fiber Inc. (“Hempco”) (HEMP.V) pursuant to which Aurora has acquired all of the issued and outstanding common shares of Hempco (“Hempco Shares”) not already owned by Aurora, reflecting a valuation of approximately C$63.4 million on a fully diluted basis. Hempco is now a wholly-owned subsidiary of Aurora. The Hempco Shares will be delisted from the TSX Venture Exchange, and Aurora will apply to the relevant securities commissions for Hempco to cease to be a reporting issuer under Canadian securities laws.

The Supreme Cannabis Company Inc. (OTCQX: SPRWF) (TSX: FIRE) has closed its acquisition of all of the issued and outstanding shares of privately held Truverra Inc. The transaction was completed by way of a three-cornered amalgamation, pursuant to which 2708300 Ontario Ltd., a wholly owned subsidiary of Supreme Cannabis, amalgamated with Truverra to form a newly amalgamated company, which shall operate under the name “Truverra Inc.” as a wholly owned subsidiary of the company. Consideration for the transaction consisted of the issuance of approximately 14.7 million common shares of Supreme to shareholders of Truverra. The transaction was previously announced by Supreme Cannabis on July 17, 2019.

Truverra shareholders holding approximately 59 per cent of the consideration shares are subject to voluntary lock-up agreements in connection with the closing of the transaction, whereby 50 per cent of the consideration shares held by the principal shareholders will be subject to restrictions on sale until released under the terms of the lock-up agreements on the 12-month anniversary of the closing date of the transaction.

Isodiol International Inc. (CSE: ISOL) (OTCQB: ISOLF) last week announced that it has filed its audited consolidated financial statements and MD&A for the year ended March 31, 2019.  A Highlights of Fiscal Year 2019 included: – Total revenues of $22,248,171, an increase of 16.26% over the prior year, and which figure does not include revenues from divested companies Azure, Kure or BSPG, as had previously been included in the consolidated statement of loss for the FY2019 Q1, Q2 and Q3 periods;  –  Gross profits of $7,378,194, realizing gross margins of 33.16%; – Total Q4 revenue of $9,089,401; a historic number for the Company.  The Company is especially pleased with this number, as this figure does not include the activities of the recently divested assets of Azure, Kure, or BSPG;  – Total operating expenses decreased by $3,283,658.

DISCLAIMER:  FN Media Group LLC (FNM), which owns and operates Financialnewsmedia.com and MarketNewsUpdates.com, is a third party publisher and news dissemination service provider, which disseminates electronic information through multiple online media channels. FNM is NOT affiliated in any manner with any company mentioned herein. FNM and its affiliated companies are a news dissemination solutions provider and are NOT a registered broker/dealer/analyst/adviser, holds no investment licenses and may NOT sell, offer to sell or offer to buy any security. FNM’s market updates, news alerts and corporate profiles are NOT a solicitation or recommendation to buy, sell or hold securities. The material in this release is intended to be strictly informational and is NEVER to be construed or interpreted as research material. All readers are strongly urged to perform research and due diligence on their own and consult a licensed financial professional before considering any level of investing in stocks. All material included herein is republished content and details which were previously disseminated by the companies mentioned in this release. FNM is not liable for any investment decisions by its readers or subscribers. Investors are cautioned that they may lose all or a portion of their investment when investing in stocks. For current services performed FNM has been compensated twenty five hundred dollars for news coverage of the current press release issued by Player’s Network, Inc.  by the company. FNM HOLDS NO SHARES OF ANY COMPANY NAMED IN THIS RELEASE.