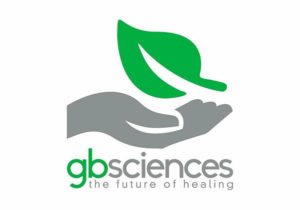 In a move initially prompted by federal lawsuit, the Drug Enforcement Agency (DEA) has contacted its scientific-grade cannabis cultivation applicants. GB Sciences, Inc. (OTCQB: GBLX) announced today that the company received a notice from the DEA wherein the agency disclosed that it fully intends to distribute the appropriate materials for all applicants. The company is one out of 33 applicants who applied to cultivate scientific or research-grade cannabis for DEA-registered research facilities across the United States. Dr. Sue Sisley is responsible for the successful federal lawsuit against the DEA after it failed to distribute further licenses to new cultivator applicants of research-grade cannabis. The agency first announced that it would do so in 2016 and yet left all applications in the dark, until August 26th, two days before a federal court imposed deadline.

The main reason for the lawsuit and for other cultivators to get involved with more research-grade cannabis is the current source of research-grade cannabis. Currently, there is only one location that is DEA certified to cultivate the cannabis needed for scientific purposes, a National Institute on Drug Abuse (NIDA) facility located at the University of Mississippi. But, there’s a catch with this facility’s supposed “research-grade” cannabis. In short – It isn’t anywhere close to research grade levels.

It is reported by numerous parties in the scientific cannabis research community that the cannabis cultivated at the NIDA facility is akin to “ditch weed” and is extremely low in levels of tetrahydrocannabinol (THC) and cannabidiol (CBD). The equivalent NIDA cultivated cannabis wouldn’t be found anywhere in a dispensary as it entirely lacks the ability to be a medical or recreational cannabis. GB Sciences intends to fill the research-grade cannabis void left by the NIDA facility at the University of Mississippi. The company has the only pharmaceutical-grade cannabis cultivation room defined as a “cleanroom-type” in the United States.

Dr. Andrea Small-Howard, Chief Science Officer and Director of GB Sciences, stated: “We are well-positioned to meet and exceed the DEA’s criteria, and we intend to aggressively pursue federal licensure. The sophistication of our facilities, our team’s deep scientific experience, and our groundbreaking cannabinoid therapies are unparalleled in the United States.”