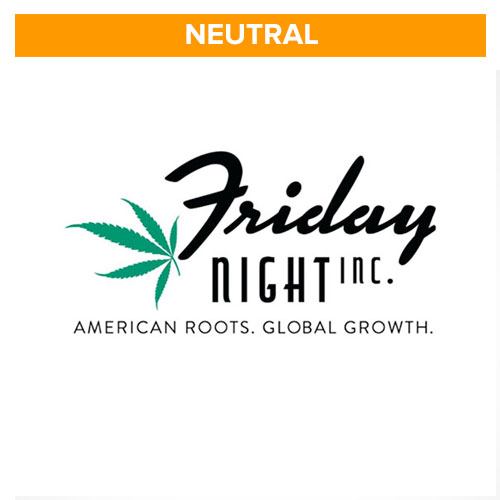 Focus: Neutral
Primary: Growing, production, and distribution of medical and recreational marijuana in the United States, through its subsidiaries AMA and Infused. These co’s produce cannabis, edibles and infused products, including hemp-based. It also has a Canadian subsidiary, Spire, in the online cannabis sales security business.
Secondary: Commercialization of automated triage diagnostic imaging tool for the triage of stroke patients.

Markets: Neutral
Primary: Las Vegas, Nevada, where recreational cannabis has been legal since July 2017. Las Vegas has a population of 2 million, with 45 million visitors per year. First year statewide sales will be close to $400 million with about $60 million in tax revenue. About 50 of the state’s 60 dispensaries are in Las Vegas, selling medical and recreational. Dispensaries can get cultivation licenses, which means cultivators without retail locations may get put out of business.
Secondary: Colorado (through a licensing agreement with Denver Dab Company)

Integration/Diversification:
Vertically integrated: It grows, and produces brands, but does not appear to sell retail.
Horizontally diversified: Yes. In addition to cannabis production and wholesales, it is involved in cannabis security consulting, and hemp production (15%), which is smart. If there is ever a crackdown on cannabis, hemp is legal.