Riverdale Oil & Gas Corp. used to be an oil and gas acquisition company. Now they have pivoted into the hemp industry with their acquisition of Hempstract LLC out of Washington. The company was founded in 2007 and is headquartered in Austin, TX.

Is HPST Hemp Stock a strong BUY and HOLD?

RVDO was a non-operating oil and gas company that outsourced most of it work. Their projects included natural gas exploration, development, and production, mainly in south Texas and the Gulf Coast. They also held gas leases.

On August 6th, 2020 they announced an asset purchase agreement with Hempstract, LLC to take control of 3 kg of CBD isolate and all equipment held at Hempstract’s Washington location. The sale price was $36.8 million in an all-stock deal.

Hempstract with retain 40% of finished products from tolling agreement. This type of arrangement is typical for tolling operators.

In Feb. 2020, Manufacturing 360 acquired the controlling interest of RVDO and Ron Herzfeld resigned as President and Michael Glazer resigned as secretary. The three Hempstract employees paid were Justin Costello, Gregory Haynes, and Kim Melbye. Dr. Todd Talley will be the CSO, Katrina Costello the President, and Richard Hawkins will continue as CEO.

Follow Stephen Goldman as he evaluates Hempstract Labs (HPST) using the MACD, CCI, and Bollinger bands to learn about trading opportunities with RVDO during the fundamental “pop.”

Riverdale Oil & Gas Corp was an exploratory oil and natural gas company active in South Texas and the Gulf Coast. They were struggling. They had 5 leased wells and all were either lost or reported very low production. In fact, they had reported losses of around $700k every year for the last 11 years. Not great.

Obviously, they needed a pivot and the hemp industry provided just that. In February they started due diligence on Hempstract LLC, a Warden, Washington business that produced CBD distillate oil and THC-free CBD isolate for use in topical and infused products. In August they closed on that deal which included assets of 3.1 kg of CBD isolate and manufacturing equipment work $750k. Hempstract was renovating an old missile facility to scale up production.

This brought a lot of excitement to the investing world. It was not warranted. There are 100s of companies in the United States doing what Hempstract was doing. Most are privately held but some are not. Hempstract does have some tolling agreements but that is about it. Given the market saturation and ongoing constriction that is happening in the CBD industry, it does not look promising. The HPST stock did pop all the way to nearly $2.00 but it is now back down to where it started at $0.24. Look for it to drop even more.

The company has zero revenue. Their Annual Report Form 10-K filed with the SEC actually says “At this time, we have not identified specific planned revenue streams. During the years ended April 30, 2020, and 2019, we did not recognize any revenue.” The company hasn’t made a dollar in over 2 years. They’ve signed only non-binding letters of intent and have followed through with no transactions. All this “activity” is good for press releases which may drive stock prices up. Once the stock price goes up nothing much else happens. The company has yet to act on any of these letters of intent. Most are just press releases.

For all the reasons above, we rate this stock as Weak but check out our other featured companies for many other winners in the cannabis and hemp industry. 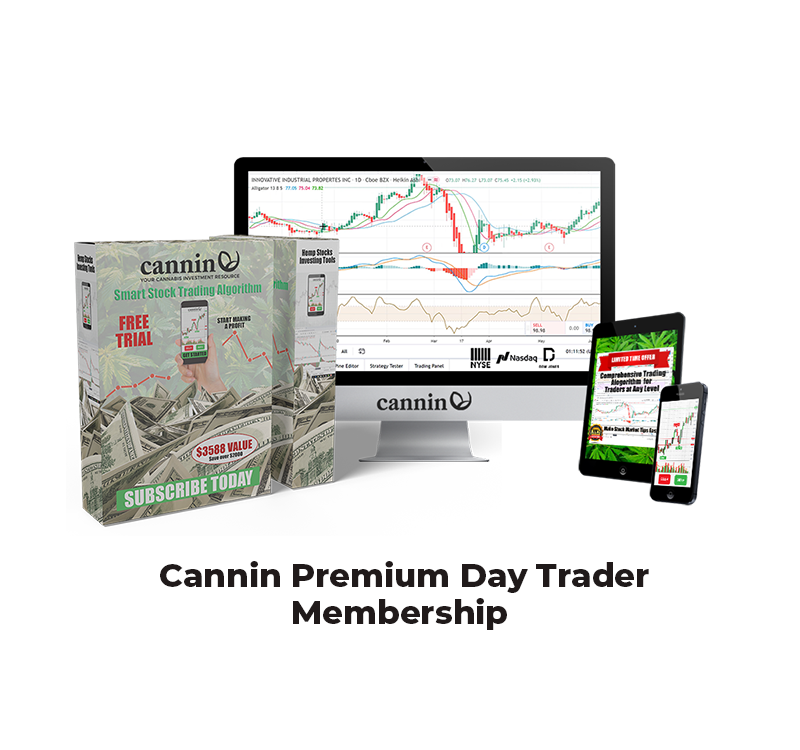 Nebraska medical marijuana petition drive sues to ease ballot rules A group that wants to legalize medical marijuana in Nebraska sued the state on Monday to try to overturn a requirement that makes it harder to qualify for the ballot by forcing petitioners to get...
Read More

by Cannin Group | May 16, 2022 | Cannabis in the News, Investment Opportunities, Trending | 0 Comments

SNDL Leads Cannabis Stocks Ahead of Today's Earnings Call Sundial Growers (NASDAQ:SNDL) has recorded the biggest intraday gain since mid-March in the morning hours Monday ahead of its Q1 2022 financials after the market close. In fact, SNDL is currently up nearly 20%....
Read More

by Cannin Group | May 16, 2022 | Cannabis in the News, Financial Results, Investment Opportunities | 0 Comments

Agreement reached for Ohio vote on legal weed in 2023

Agreement reached for Ohio vote on legal weed in 2023 A group backing the legalization of marijuana for adult use in Ohio and Republican legislative leaders have reached a settlement calling for a possible statewide legalization vote next year. The Coalition to...
Read More