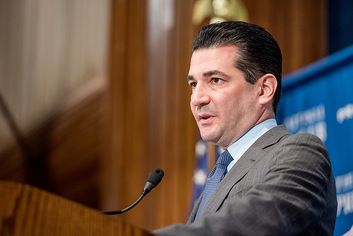 The cannabis sector received a noteworthy bump in value after FDA Commissioner Dr. Scott Gottlieb confirmed that CBD talks will take place in April of this year. Commissioner Gottlieb addressed that there will be dialogue from relevant cannabis industry parties at the public hearing.

However, Dr. Gottlieb announced his resignation yesterday in a letter to his staff. Advocates are hopeful that Dr. Gottlieb’s departure will not hinder any progress towards new CBD rules and industry standards.

The hearing, should it still take place, will focus on the best way to proceed on cannabidiol (CBD) derived from hemp after the 2018 Farm Bill legalized hemp last year in December. CBD, the non-psychoactive ingredient in cannabis and hemp, wasn’t included within the bill that legalized hemp due to the small amount of research that was previously conducted on its long-term health effects.

Gottlieb stated: “We’re planning to seek broad public input on this pathway, including information on the science and safety behind CBD. But we know that this process could take time. So we’re also interested in hearing from stakeholders and talking to Congress on possible alternative approaches to make sure that we have an appropriately efficient and predictable regulatory framework for regulating CBD products.”