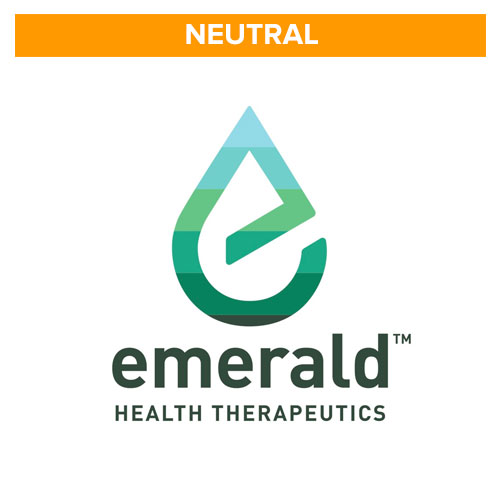 Focus: Neutral (nothing unusual to set it apart)

Markets: Neutral
Primary: Initially British Columbia (has facilities there) and Quebec (just bought facilities there from Agro-Biotech).
Secondary: Later, all Canada, and beyond, especially through Namaste created ecommerce platform.

Distribution: Weak (behind the curve)

Valuation: Weak (too high given state of production)