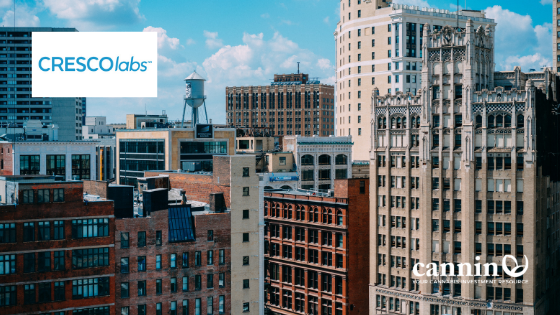 Chicago-based Cresco Labs (CSE: CL) (OTCQX: CRLBF), one of the larger vertically-integrated multi-state cannabis operators (MSOs) in the USA, announced it was pre-qualified for a cultivation and processing license in Michigan. This authorizes them to move forward with the licensing process.

Why does this matter? Michigan will likely be the second largest cannabis market in the USA – second to California which sustains itself as the world’s fifth largest economy on earth per GDP.

Michigan is the 10th largest state in the country with a population of nearly 10 million people and nearly 300,000 registered cannabis patients. According to ArcView Market Research, the total medical and recreational cannabis market in Michigan is expected to grow to $1.4 billion by 2022 from $869 million today.

With licenses to operate 51 dispensaries and only 21 now open, Cresco should be able to increase its revenue substantially from its current level.

Cresco Labs has applied for a cultivation and processing facility in a former 100,000+ sf factory in Marshall, Michigan. It has been granted conditional local approval to build the facility pending final approval of its state facility license application.

Upon licensing in Michigan and closing a purchase in Florida, Cresco Labs will have 15 production facilities, 21 operating dispensaries and licenses to operate a total of 51 dispensaries in 11 states – Illinois, Pennsylvania, Ohio, Nevada, California, Arizona, Florida, and Michigan with New York, Maryland and Massachusetts pending regulatory approval.

Its products are now on the shelves in over 250 dispensaries. Cresco will have operations in seven of the ten most populated states in the country with legalized cannabis programs, totaling more than 150 million residents—almost 70% of the total addressable US cannabis market.

As a grower, processor and retailer of cannabis in ten states, Cresco Labs focuses on entering regulated markets with strong demand and high barriers to entry.

and subscribe to the Cannin Chronicle. We’ll keep you informed on all things cannabis and help you determine which cannabis companies have the highest growth potential.