Chicago Zoning Board Could Bring 9 New Cannabis Dispensaries: A decision made by the Chicago Zoning board of Appeals could be the reason that nine new cannabis dispensaries open up in Chicago. The decision to bring nine more recreational cannabis dispensaries could be made as soon as a special cannabis-related meeting on March 6th. This time of meeting has never been done before by the Chicago Zoning Board of Appeals and there is no formal agenda on the meeting that has been released yet.

Several cannabis companies have applications with the Zoning Board of Appeals for new cannabis dispensaries. The Chicago Department of Planning and Development has records of applications from Cresco Labs, Pharmacann, Natures Care Company, Numed Chicago, PDI Medical, Green House Group, and MOCA Modern Cannabis. Another company, Windy City Cannabis, will present plans for a cannabis dispensary at the special Zoning Board of Appeals meeting.

Take the Guesswork out of Profit with Our Smart Stock Algorithm 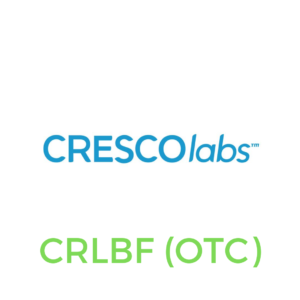 One prominent player in the cannabis market, Cresco Labs, had a spokesperson go on record about its approval progress in Chicago. The company’s spokesperson said that Cresco Labs expects approval at the special meeting with the Chicago Zoning Board of Appeals. Cresco Labs has two dispensaries awaiting approval as well as a proposal to relocate its 900 sq. ft. cannabis dispensary into a 5,000 sq. ft. location. Cresco’s relocated cannabis dispensary location proposal calls for the Sunnyside Lakeview dispensary to be moved from the 900 sq. ft. space to the 5,000 sq. ft. location at 3254 N. Clark Street.

Learn more about Cresco Labs below: