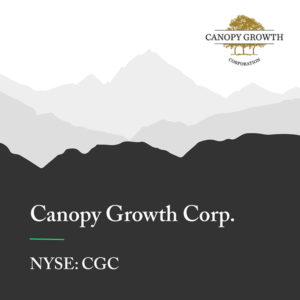 Canopy Growth Corporation (TSX: WEED) (NYSE: CGC), the world’s largest cannabis company by market capitalization, recently announced its Q4 numbers in Canadian dollars, posting a Q4 net revenue of CA$94.1 million dollars or a jump of 313% over the same period last year. This was slightly above analyst revenue estimate of CA$93.7 million dollars. Most of its sales was generated from its recreational cannabis products in the Canadian market. Revenues from its recreational cannabis market stood at CA$68.9 million or twice the $CA29.6 million during the same period last year.

“The fourth quarter wraps up a historic year with major steps taken in Canada to build-out our national platform while scaling all of our processes to bring cannabis to market. The third quarter of the year benefitted from months of advanced production while the fourth quarter relied more on efficient throughput and a more automated platform,” said Bruce Linton, Chairman and Co-CEO of Canopy Growth. “With more product formats coming to the Canadian market later in the year, we are working hard to ensure that we are ready to hit the ground running with products, formats and brands that Canadians trust.”

This was not all good news as Canopy saw its stocks drop by as much as 8 percent during Friday morning trading. Earnings per share missed expectation by a wide margin with the company reporting an adjusted CA$0.98 loss per share. This was significantly higher than analyst estimates of CA$0.32 per share.

In earlier news, Canopy announced its an agreement to acquire New York-based Acreage Holdings (ACRGF). This agreement places both companies in an ideal position to take advantage of the booming U.S. market once the sale of marijuana becomes federally legal in the country. However, Canopy was quick to caution investors that this acquisition could have a negative impact on net income in the first quarter of fiscal 2020.