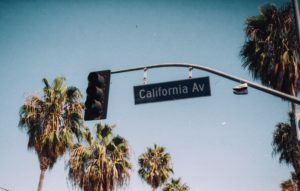 California’s Governor Gavin Newsom announced on Saturday, October 12th, that he had officially signed into law several cannabis-related bills. One of pieces of legislation desired the most by cannabis companies is a tax fairness bill for cannabis companies. Now, after Gov. Newsom signed it into law, cannabis companies will be able to perform tax deductions that were previously blocked by federal law 280E. The section of 28oE specifically prohibits cannabis cultivators, processes and sellers from any expense deductions on their businesses that any other business would routinely deduct. With recently signed into law AB 37, the state tax code will take priority over 280E and allow for cannabis business deductions.

Another bill that was signed into law by the governor on Saturday, SB 153, requires state officials to create and submit an industrial hemp program plan. The plan will be in accordance with the 2018 Farm Bill and will be submitted to the U.S. Department of Agriculture.

Eric Steenstra, president of Vote Hemp, stated: “The California hemp industry looks to become a significant force nationally thanks to the bill.”

However, the governor didn’t proceed and sign into law a different bill, SB 305, and instead vetoed it. The bill would have required the usage of medical cannabis on terminally ill patients at the heath care facility location. Governor Newsom pointed out that facilities would be at risk to lose their Medicare and Medicaid funding statuses if they allowed for cannabis usage that is illegal under federal law.

“This bill would create significant conflicts between federal and state laws that cannot be taken lightly,” said Gov. Newsom.