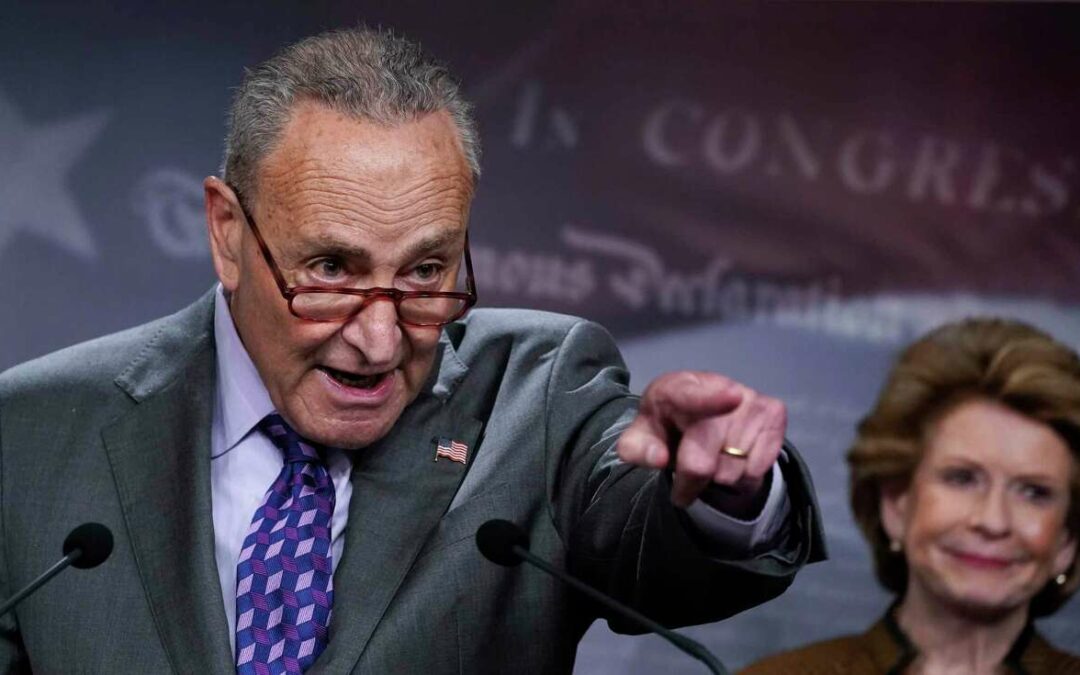 The hopes of many cannabis reform advocates relied on the promise by Democratic Senate Majority Leader Chuck Schumer to present sweeping reform legislation. The Senate bill in question was finally introduced Wednesday, July 20.

The bill, titled the Cannabis Administration and Opportunity (CAO) Act, was announced more than a year ago, when a draft version was released. Schumer initially planned for the bill to be introduced in April. Spearheaded by Sens. Chuck Schumer, Ron Wyden and Cory Booker, the CAO Act would legalize cannabis federally while allowing states to ban it locally if they wish. In short, it would invert the current system where cannabis is illegal federally and states can choose to opt out of prohibition.

Despite repeated criticism for the slow pace of this bill, Schumer has not faltered in his decision to choose slow but reliable progress. He spent a year gathering support and a coalition behind the CAO Act, and he included the substance of 1,800 comments to the Act. The final text of the bill became 296 pages long, up from just 163 pages in the draft revealed a year ago.

“The Cannabis Administration and Opportunity Act aims to end the decades of harm inflicted on communities of color by removing cannabis from the federal list of controlled substances and empowering states to implement their own cannabis laws,” the bill reads.

The exact provisions of the CAO Act are largely mirrored after existing state legislation which already proved efficient, such as the federal age to access marijuana being set at 21, the creation of a cannabis regulatory body, as well as an excise tax of 12.5% on cannabis producers (up to 25% for large businesses). States could ban commerce and production of marijuana but not its possession or transport through their jurisdictions. Federal law would still ban cannabis trafficking. Cannabis licenses would be distributed to equity participants and there would be grants and funding to support lower-income entrepreneurs in the industry. Schumer emphasized that the bill specifically stops large alcohol and tobacco companies from seizing the budding marijuana industry. The CAO Act would also greatly increase studies on marijuana, public education on the topic and lawmaking in the context of developing new standards for drivers under the influence and for public servants caught with marijuana in their blood.

The success of the CAO Act in the House of Representatives is a certainty, given the House’s track record of handing large victories to Democrats on marijuana issues. Representatives repeatedly passed the Marijuana Opportunity, Reinvestment and Expungement (MORE) Act, which contains a lot of the same measures as the CAO Act. The only roadblock between us and federally legal marijuana is clearing the Senate, which is the stated reason why Schumer’s team was so careful in releasing their bill.

Cannabis Reform is Here to Stay

Regardless of the success of the CAO Act during this legislative session, the groundwork of the bill is laid and there to stay. Even if it is shot down by Republican Senators, who are certain to vote against it, or some anti-progress Democrats like Sen. Joe Manchin, who already signaled his intention to block cannabis reform, the CAO Act could be broken into pieces, which could then be included in other pieces of legislation. The bill could also pass in full in a future legislative session after elections, if more votes go to Democrats.

No matter how Senate leadership goes about it, the fact that cannabis reform has gone so far as to be a toss-up in the Senate and a certain win in the House is immutable. In just 10 years since the first two states legalized adult-use marijuana, the political and cultural landscapes of America shifted profoundly, and cannabis reform now seems a matter of when, not if.

Sen. Wyden encouraged his Senate colleagues to think “long and hard about what keeping the federal government stuck in yesteryear means for public health and safety.” He warned that “cannabis legalization is here, and Congress needs to get with the program.”