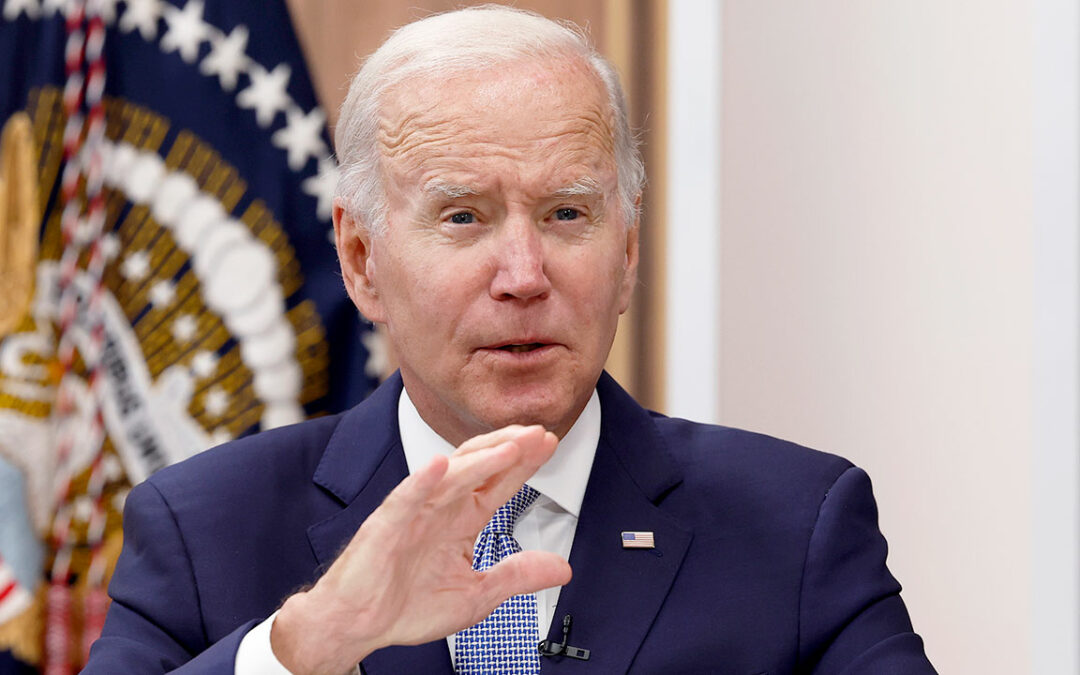 There are few surprises expected on Election Day in solidly Republican Arkansas, where Donald Trump’s former press secretary is heavily favored in the race for governor and other GOP candidates are considered locks.

But one big exception is the campaign to make Arkansas the first state in the South to legalize recreational marijuana. A proposal to change the state’s constitution is drawing millions of dollars from opponents and supporters of legalization, with ads crowding the airwaves.

President Joe Biden’s recent announcement that he will pardon thousands of people for simple marijuana possession has shined a new spotlight on the legalization efforts in Arkansas and four other states. Voters in Maryland, Missouri, North Dakota and South Dakota are also taking up measures on recreational marijuana.

Biden’s step toward decriminalizing the drug could provide a boost for legalization in some of the most conservative parts of the country, experts say.

“The most powerful elected leader in the world has publicly declared it was a mistake to criminalize people for using cannabis and I think that will go a long way with regard to voters who may be on the fence,” said Mason Tvert, partner at VS Strategies, a cannabis policy and public affairs firm.

Biden’s announcement only covers people convicted under the federal law. But he has called on governors to issue similar pardons for those convicted of state marijuana offenses, which reflect the vast majority of marijuana possession cases. The president also directed his health secretary and attorney general to review how marijuana is scheduled under federal law.

The moves come as opposition to legalization has softened around the country, with recreational marijuana legal in 19 states, despite resistance at the federal level. Advocates say it shows that states are ahead of the federal government on the issue.

“I think it’s an example of state level leadership and citizens pushing the federal government in the right direction,” said Eddie Armstrong, a former state legislator who leads the Responsible Growth Arkansas group campaigning for legalization.

In 2016, Arkansas became the first Bible Belt state to approve medical marijuana, with voters approving a legalization measure. More than 91,000 people have cards to legally buy marijuana from state-licensed dispensaries, which opened in 2019. Patients have spent more than $200 million so far this year, the state says.

An ad by Responsible Growth Arkansas points to benefits such as the thousands of jobs it says legalization would create. The main group opposing the measure is running an ad that urges voters to “protect Arkansas from big marijuana.”

The proposal faces opposition from Republican Gov. Asa Hutchinson, a former head of the federal Drug Enforcement Administration who criticized Biden’s pardon announcement. Former White House press secretary Sarah Sanders, the Republican front-runner to succeed Hutchinson, has said she will vote against the measure. Her Democratic rival, Chris Jones, said he supports it.

In neighboring Missouri, a proposed constitutional amendment would legalize recreational marijuana for adults 21 and older and expunge records of past arrests and convictions for nonviolent marijuana offenses, except for selling to minors or driving under the influence.

Supporters said they do not expect Biden’s pardon announcement for some federal marijuana offenses to have much of an impact on the Missouri measure, which could expunge several hundred thousand state marijuana offenses.

“There is some danger of confusion, but I think most people understand the distinction of the federal and state processes,” said John Payne, campaign manager for Legal Missouri 2022.

Missouri Gov. Mike Parson, a Republican and former sheriff, opposes the ballot measure but has not aggressively campaigned against it. He has no plans to emulate Biden’s pardon announcement.

Parson has granted pardons “to individuals who demonstrate a changed life-style, commitment to rehabilitation, contrition and contribution to their communities — rather than as a blanket approach to undermine existing law,” said Parson spokesperson Kelli Jones.

“The number of North Dakotans convicted in federal court is small,” said Friese, a prominent North Dakota lawyer and former police officer. “Small amounts of marijuana are typically and historically not prosecuted in North Dakota.”

Matt Schwiech, who is running South Dakota’s ballot initiative campaign to legalize recreational marijuana possession for adults, said the president’s pardons may hand the campaign a boost with older Democrats. It also underscores the campaign’s message that convictions for pot possession hurt people on job or rental applications, as well as that enforcing pot possession laws are a waste of time and resources for law enforcement, he said.

South Dakotans, including a sizable number of Republicans, voted to legalize marijuana possession in 2020, but that law was struck down by the state Supreme Court in part because the proposal was coupled with medical marijuana and hemp. This year, recreational pot is standing by itself as it goes before voters.

All of the states with recreational marijuana on the ballot next month, except for Maryland, voted for Trump in the 2020 presidential election. And the issue is going before voters as GOP candidates have been stepping up their anti-crime rhetoric.

“From our perspective the people of Arkansas, they didn’t vote for Biden initially and so we don’t anticipate this really having any sort of influence over anybody’s decision,” said Tyler Beaver, campaign manager for Safe and Secure Communities, the main group campaigning against the proposal.